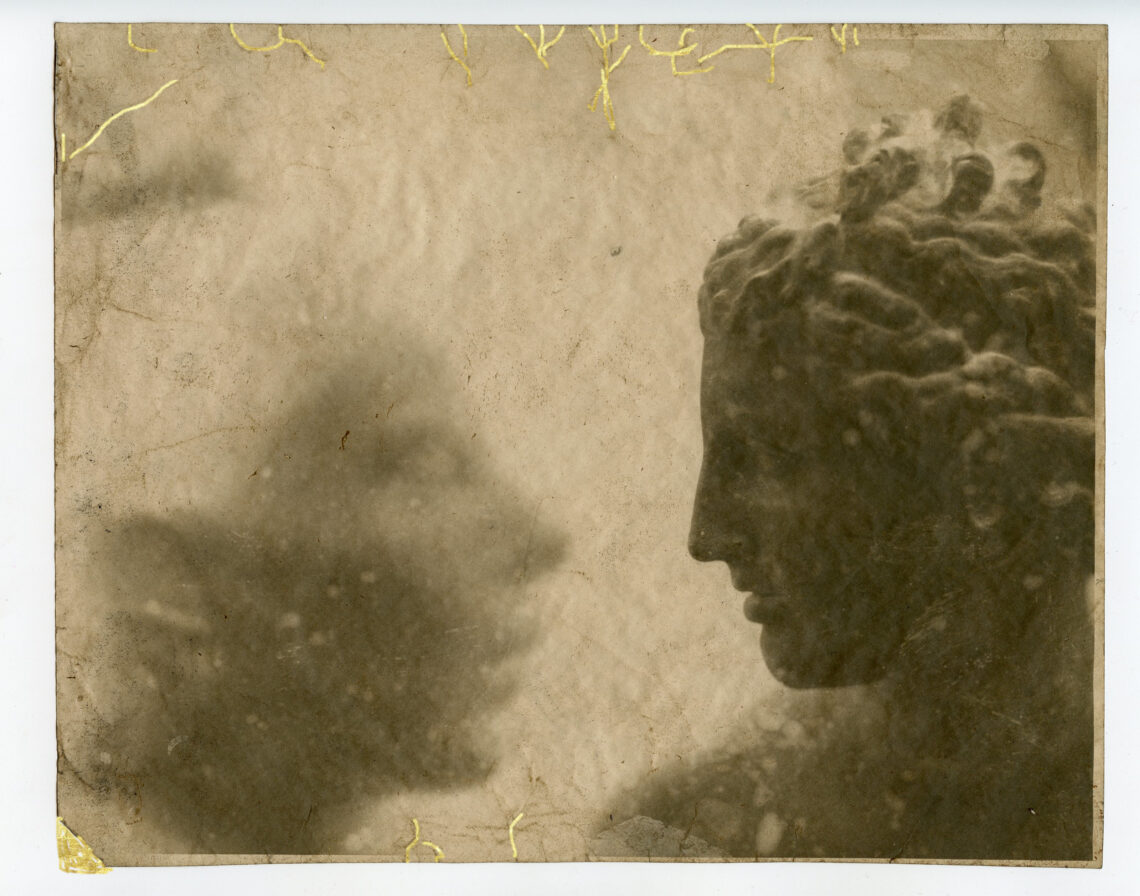 An art historian Anastasia Uskova is photographing Italian architecture and telling to The Calotype Society how calotypes changed her life.

I started making calotypes because I was inspired by the artist Claudio Santambrogio, a photographer and teacher of early photographic techniques. He made an incredible series of talbotypes during his stay in Lacock Abbey, where he was invited by the National Trust for Artist residency. His calotypes and positives inspired me to create my series of photographs of Milan.

My first calotype did not work: the silver nitrate turned out to be old and it didn’t work to sensitize a piece of paper designed to produce a negative calotype. So the sheet was without any image. The second calotype turned out to be beautiful – I photographed the terrace of a house, it turned out perfectly.

Calotypes are one of the first photographic techniques that I like, along with daguerreotypes. I love the slow process of getting an image as well as its impressionist effect. I like the fact that it takes at least 5 days to get a negative and positive image (including days required for the preparation of the paper). In our age of digital photography, phones with cameras and gigabytes of photos that we can’t see in time, the calotype is an attempt to get back to the origins of photography, to be delighted when I add silver nitrate drops into gallic acid and slowly from the darkness of the darkroom in the red light the image starts appearing. At first very weak, almost like a shadow, imperceptible, then stronger, more intense, until a few minutes later it becomes a bright contrast.

“Fear, when in a few minutes the image has not yet formed and there is a danger that all the efforts of the last five days have disappeared… And such a happiness in getting a clear negative”

First of all, I have learned to respect time – which today’s life does not allow us to do. We try to accomplish 10 things in one day and we have no idea that in the 19th century, for example, time was running at a different speed. One thing a day – that’s the pace at which the discoverers of photography worked. I like the slow process of preparing the paper, the review of the supposed place of photography and the study of where and how the sunlight falls, which is needed for a contrasting calotype. So I like to count the minutes of exposure aloud, not with a timer.

I use Deardorff 8×10 camera, which is heavy and allows me to make no more than two calotypes a day. First of all, I am photographing the architecture of Milan. Milan has a rich history. Therefore, I like to record layers and traces of history expressed in architecture with the help of calotypes.

Certainly I like the process and the result of calotype making. So I also like to think about my new photo, because it starts calling me. Therefore I always know which place is next in line to be photographed.