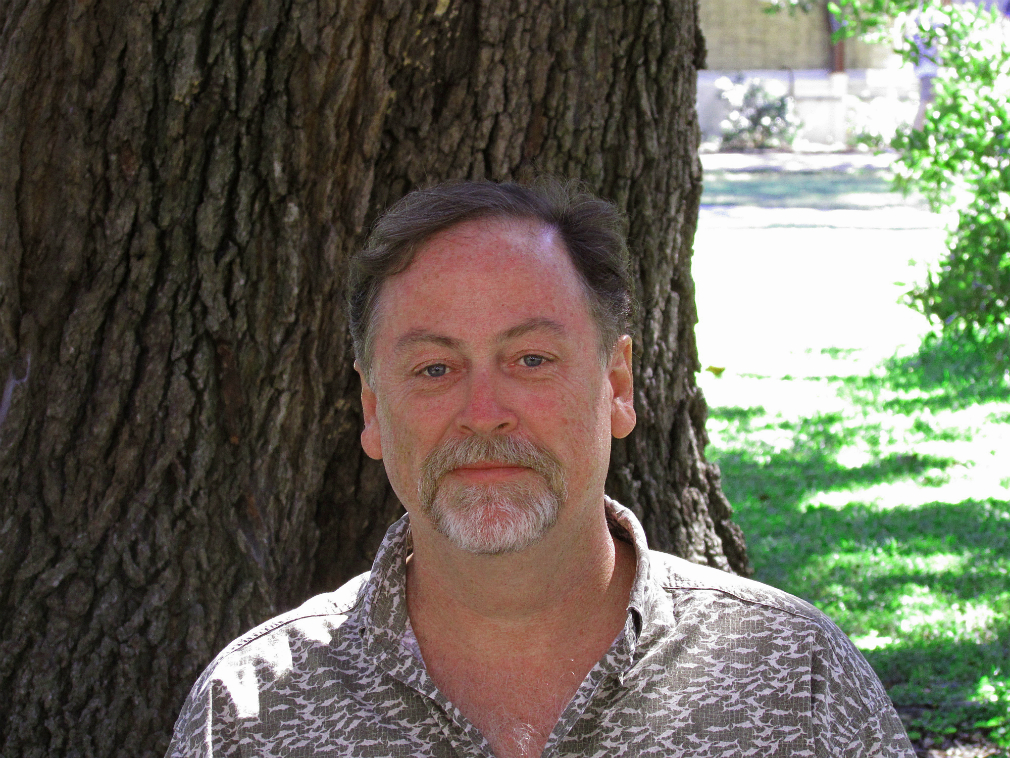 Calotype photographer Mead Allison is telling the story about one of his calotypes he made at the Saint Louis Cemetery.

«A labor of love»

«Well, it was a blazing hot day. I was sheltering between the tombs from the late afternoon Louisiana summer sunshine (think hot and very humid), so this was truly a labor of love! – Mead Allison, a calotype photographer as well as professor and Chair of the Department of River-Coastal Science and Engineering at Tulane University in New Orleans, Louisiana, USA, told The Calotype Society XXI. – Here is a salt print from my flickr page of a Pelegry negative. While not the most interesting topic, this photograph of a tomb has special meaning. Because it is the resting place of the most famous photographer of New Orleans (where I live) – the mysterious E.J. Bellocq».

Who was Mr. Bellocq?

American photographer John Ernest Joseph Bellocq (1873–1949) was a mysterious figure in the history of photography. His photographs did not become well-recognized until nineteen years after his death, and little is known about his life or his creative intentions.

Bellocq was active as a commercial photographer. Later around 1910s, he made some eighty-nine portraits of prostitutes in a brothel in Storyville, the fabled red-light district of New Orleans. It is unclear whether these were commissioned as advertisements for the brothel’s potential clients or — probably more likely — intended for Bellocq’s own pleasure. His portraits are remarkable for the relaxed demeanor of the women. It is unusual for photographs produced with the glass plates and relatively long exposure times Bellocq used. The qualities of familiarity and casual intimacy in these portraits intrigued Lee Friedlander. He purchased Bellocq’s negatives from an antique-book dealer in New Orleans in 1966. After Friedlander’s prints from the negatives were exhibited at the Museum of Modern Art in 1970, Bellocq’s pictures won wide public exposure. In other words he came to be included in standard histories of photography.

In some of the pictures, the women appeared completely naked, in others dressed. Some women wore masks or intentionally concealed their faces – although most of the ladies were still willing to pose in front of the camera. Some of the images were intentionally damaged. Probably, it was done by Bellocq himself. Maybe by his brother, a priest. Or maybe even by someone else. But the specialists are still more inclined to believe that this was the work of the photographer. Because most of the damage was done when the pictures were still wet, i.e. immediately after the appearance.