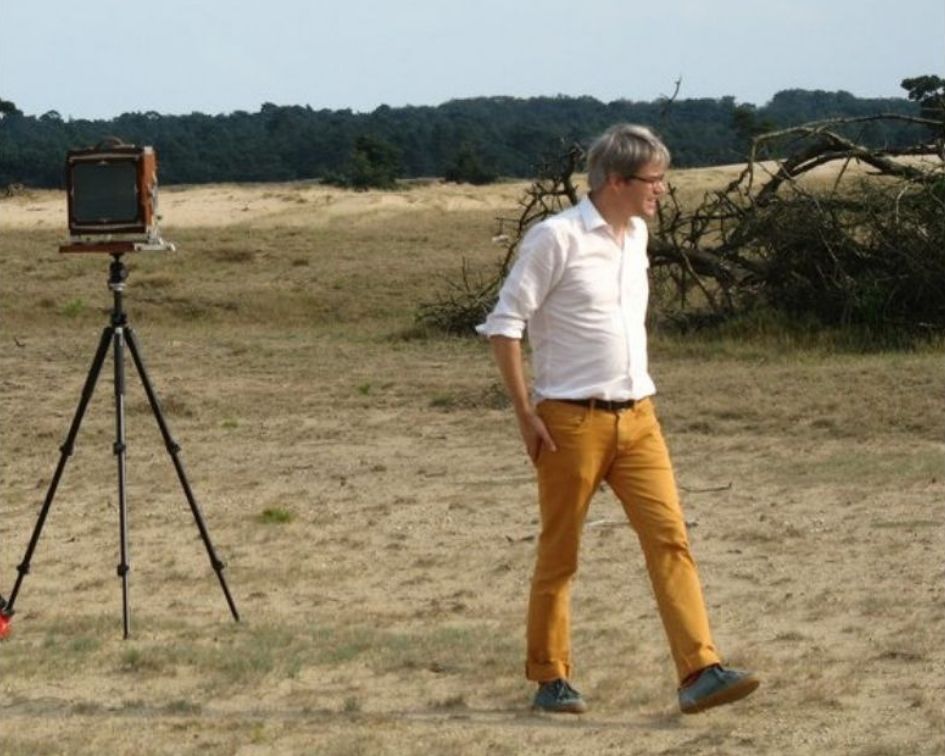 Photographer Claudio Santambrogio is telling the story about the calotype of Lacock Abbey damaged because of contamination.

In 2014 photographer Claudio Santambrogio worked in Lacock Abbey, England, where was living and working one of the most important inventors of photography William Henry Fox Talbot. Therefore Claudio Santambrogio made two calotype projects “William’s garden” and “William’s shadows”. So both of the projects are now are in the permanent collection of the Fox Talbot Museum of Photography in Lacock, United Kingdom.

“So it was at that first Calotype Society meeting in Lacock when i realized that the calotypes i was making failed, – Claudio Santambrogio is telling one of the stories of his calotypes. – So, I guess because of some contamination they fogged all over, turning an unsightly dark colour. Very upset, I was ready to throw them all away. I left the meeting without any useful negative. Then, years  later I understood that they had their own aesthetic. So I played around with them, scribbling notes on them, and in the end decided that some of  them have a life of their own”.