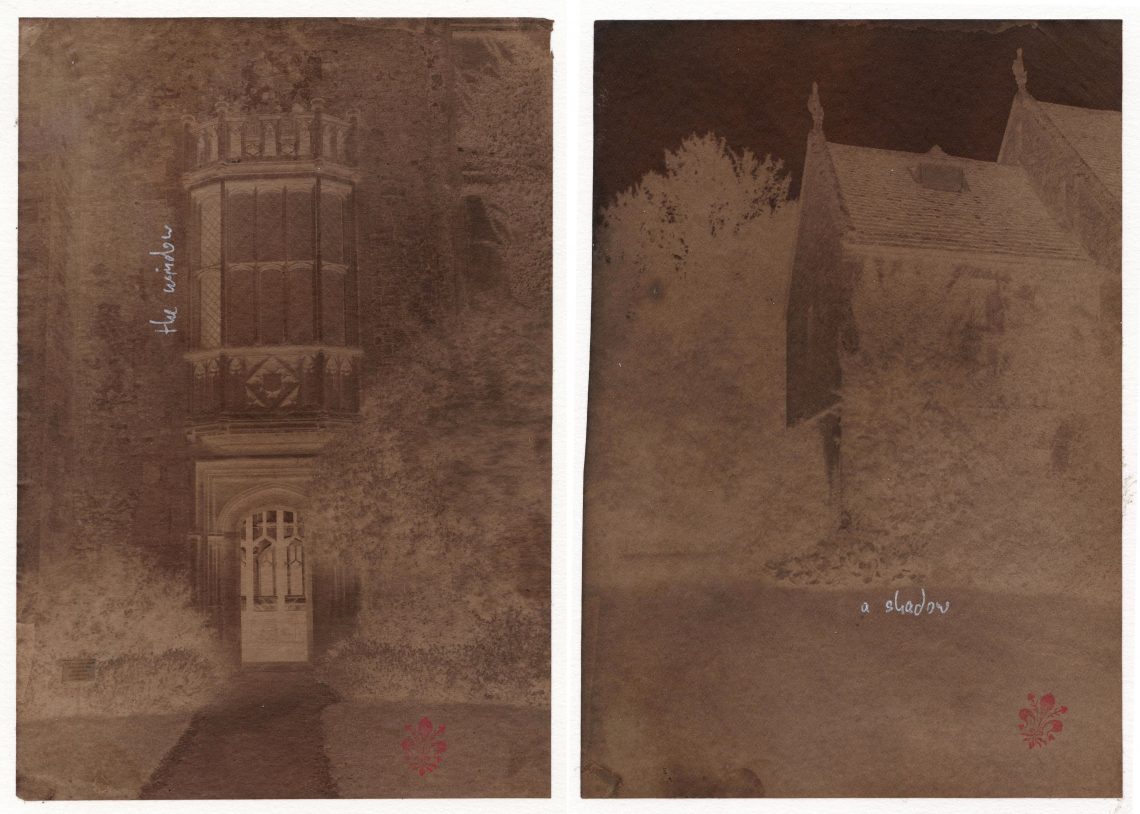 Claudio Santambrogio is telling to The Calotype Society about his experience in making calotypes and explaining how working in the darkroom is growing patience.

The calotypes became a profession later

The calotypes, actually, weren’t my profession. What is my profession now? That is a difficult question, since I am doing lots of different things – but what probably helps me to our daily bread is software documentation work and translations.

After high school I did musical studies – I am actually a trained musician, and that has been my main job for many years.

About love to the negatives as an object in itself

This was not a decision which can be pinpointed to a specific moment – it slowly grew on me.  I was making photographs with large format cameras, and I have always loved the negative as an object in itself. Slowly came the curiosity about making negatives on paper – the old way. Some of the imagery I had in mind were the wonderful calotypes of Egypt by John Beasley Greene, and the even more wonderous calotypes of Italy by Frédéric Flachéron. Those were and always have been my inspiration – next to Talbot himself.

But embarking on making calotypes is not an easy enterprise, and it took several months of mental preparation. The final push came from Wlodek Witek, now a good friend. I contacted him because he was making calotypes and he was living in my same town – and he has been more than helpful in getting me started. Really, making calotypes I mostly owe to him. And managing wet calotypes I learned with Dan Estabrook, who got me on the idea of omitting silver nitrate from Talbot’s original developer formula…

What was the first experience and what was your first photograph about?

As mentioned, my very first step was a calotype I made together with Wlodek Witek – and the subject was his garden, which we so well know from his own photographs!

Why making calotypes is a very simple process

Why did you decide to work with the technique of calotype?

For example, John Beasley Greene and Frédéric Flachéron were making calotypes as a means to reach the positive print. However, I believe those blacks were pure beauty in itself. Those were the photographs on paper I would have loved to have made – the negatives, that is to say! I think already the early practitioners were seduced by the beauty of the negative (!) image produced – not for nothing they called this, the negative, “the beautiful impression”, from the Greek words καλός (kalos), “beautiful”, and τύπος (typos), “impression”.

What did you discover by working with this technique?

For example, one of the things most beautiful to realize when making calotypes is that at its core it is a very simple process. Just any of the factors involved can tip the weight over to breaking the flow of normal events. And things start to fail, for no obvious reason. At which point you start tracing back your steps, and you discover that somewhere, during the process, you started being less precise, less tidy, more sloppy. And the process was forgiving enough for you to start believing that nothing would go wrong if…

So and then suddenly, it all breaks apart. Later you understand that of all the processes to make a photograph, it possibly is the one least forgiving. You have to be clean, precise – and patient. But when all things work smoothly, it is a wonderful reward.

What kind of camera do you have or use?

Actually I am not sure what my first camera really was. I have used my father’s old reflex camera when I was very young, and a bit more often my mother’s small rangefinder. At 15 I got my first digital camera, but it was really receiving my grandfather’s Rolleiflex as a gift that got me going for the first time in a bit more serious way. And this camera still is with me! I have moved on to larger formats, and the camera I probably use most often is an 8x10” Deardorff field camera – but the one I am probably most attached to is the old and faithful Rolleiflex.

As I mentioned already before – Wlodek Witek and Dan Estabrook were the two calotypists who helped me to sort out my initial technical struggles, and John Beasley Greene and Frédéric Flachéron as lighthouses to navigate my way. And I keep coming back to those two, maybe one day I might be doing some work around, or about, or “with” them… Time will tell…

Landscape as a main topic for calotypes

What subjects do you choose for your calotypes?

I would say landscapes, as in all my other work – but then again, somebody once observed that all I do is a landscape, no matter whether I photograph architecture, people, or gardens…

About process and result

The result, in the end, is the only thing that remains, and that counts – the image, the paper object… But Louise Bourgeois once famously observed that artists are not really interested in other artists’ works, but instead only care about other artists’ techniques. And so in all my calotyping what I am indulging in most is the technique, trying to learn from others (which obviously includes reading the original recipes from the 19th century). But that is all my own personal pleasure while making it – in the end, it shouldn’t be of anybody’s concern.

Something new about life

I am not sure I can say that calotypes have taught me something new about life – but they have reinforced something I learned many years before even attempting my first calotype, while learning to be a flutist. It basically comes down to one rule that has always been at the heart of my doing: there is always a way ahead, forward. Never retrace your steps – learn to step back into the right path once you slipped off. While doing something, learn to lose control – and learn to find back onto your way. Because not those who never fall are invincible, but those who always stand up again. And making calotypes is exactly like that, as mentioned already – it all works, until the moment it all falls apart. And at that point you need to be able to step back into your right track, understanding what went wrong…