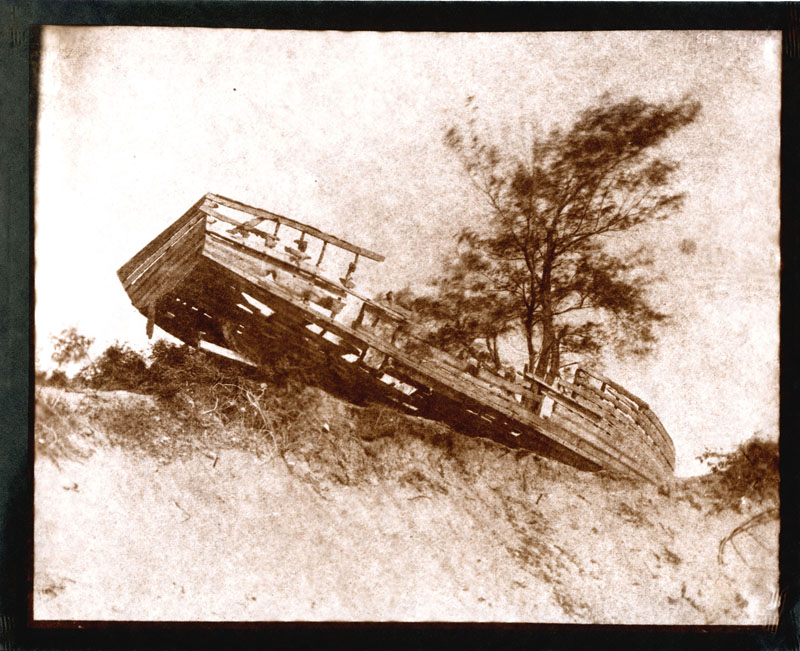 Analog photographer Fionnbharr Ó Súilleabháin is telling to The Calotype Society XXI about an important feature of calotype and reveals photos of his new project of Mozambican mosques.

I started in analogue photography in 2010 making collodion-on-glass negatives and tintypes after we moved to Lisbon. I was working on a project photographing the Miradouros, the elevated viewing points that ring the city. This became a logistical problem, trying to park close enough to a Miradouro so that I could get the darkbox and all the other gear to the site without an assistant. So I started looking at calotypes as a more convenient alternative and that is when I found the flickr group. The community is small but people were immediately very helpful and I was soon making calotypes that actually worked. I settled on the Pelégry process, as the dry paper was very convenient.

“Before calotypes I have tried many photographic processes…”

I’ve studied a lot about the history of photography and in particular calotype and collodion and have tried many processes – including the Beer & Albumen process invented by Sir William De Wiveleslie Abney for the 1874 Transit of Venus expedition which is a dry collodion process. But I still prefer the convenience of calotype.

An important feature of calotype is that there is a reasonable amount of latitude in exposure time. Even if you are off you can still get an image. But you don’t know until development how successful it might be and it never gets old watching to see the image appear, hoping there are not too many chemical blemishes.

“In calotypes I prefer landscapes and architecture…”

I prefer landscapes and architecture as subject matter – obviously they don’t move. I’ve tried portraiture but it is harder to be assured of a result, as most sitters cannot keep still enough for more than about a minute.

“I made calotypes of Mozambican mosques”

We moved from Lisbon to Maputo in Mozambique where we spent 4.5 years. I was lucky to have space there for a woodworking shop and made two cameras, one of which, a 10x12”, the “Capulana Camera”, I used for a project on Mozambican mosques. I made images of 55 mosques – they represent the only really vernacular Mozambican stone-built architecture if you rule out the Portuguese colonial art-deco ruins. I plan to return to finish the project as there were a few mosques I really wanted to photograph but was unable to before leaving. I’m now living in The Hague and preparing my third darkroom, which will be a dedicated space. I’m naturally inclined to impatience. I think part of the attraction of calotypy is that it forces patience upon you.