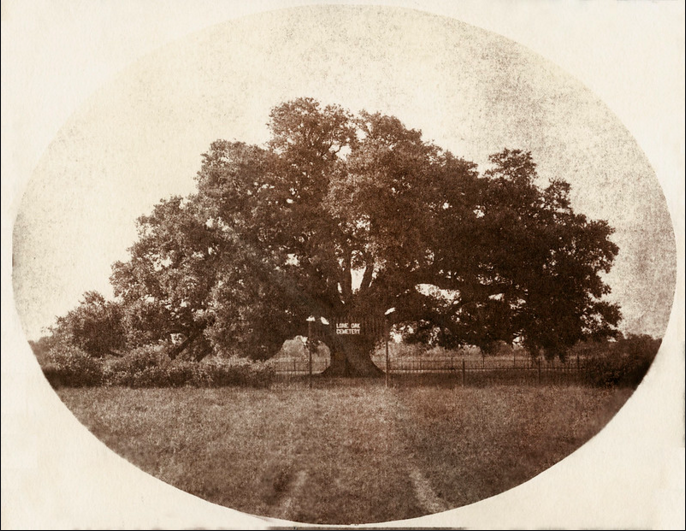 Calotype photographer, Professor and Chair of the Department of River-Coastal Science and Engineering at Tulane University in New Orleans, Mead Allison is telling about making calotypes in the time he manages to spare from his busy work.

I am Professor and Chair of the Department of River-Coastal Science and Engineering at Tulane University in New Orleans, Louisiana, USA.  In addition to my administrative duties I teach and do research into river-coastal processes, particularly around adapting to sea level rise and other climate driving changes happening to rivers, deltas and coasts worldwide.  My “day job” is about appreciating nature but has nothing at all to do with calotype photography!

Too much.  I have a PhD in Coastal Oceanography.

I began making Calotypes in late 2016.  I have long been interested in historic photographic processes, having spent about 10 years working with albumen on glass methods (see my flickr page) prior to turning to calotypes.  It was the flickr Calotype Society discussions and their results that began my interest.  Calotypes, like albumen on glass, although complex, stays away from some of the toxic substances inherent in collodion and daguerreotype methods.  I would love to try those someday, but with children in the house, that seemed a poor idea at the time.

My first Calotype experiences in the darkroom were pretty disastrous due to the difficulties in keeping paper negatives from tearing and maintaining the proper cleanliness that calotypes require.  In salt printing, I also had major difficulties with proper fixing so that prints did not yellow later—something I only discovered months later from my original prints—including those I sent to Calotype III.  Also, despite reading of other practitioners methods, some “tricks” had to be developed to make things work consistently for me.  My in camera experiences have taken some time to work out as well as I started with a fairly large camera (8x10”) and I had difficulties in getting proper exposure lengths with bellows factors.  But its all a learning experience that follows those of the workers in the 1840’s and 50’s and that’s part of the fun.

For example, I love the look of the negatives and salt-printed positives, and, since I prefer landscapes, the idea that a negative can be sensitized and used days to weeks later means it makes me much more portable than something that ties me closely to the darkroom like wet plate.

The most interesting things to me are to begin to work out in the darkroom and in solar printing the many ways that you can control things like image contrast, color of salt prints, and ideal concentrations of chemical constituents—all things that the original workers had to work through.

What kind of camera do you have or use?

What recipes for making calotypes are you using?

Mainly the Calotype Society flickr site, some of the original literature and lots of email pointers. For example from Wlodek Witek (thanks again Wlodek!).

What subjects do you choose for your calotypes? Architecture, people, landscapes?

No luck yet with people. That is to say I am photographing architecture and landscapes.  Lots of interesting things to photograph in both arenas near my home in New Orleans.

“I find the process fascinating, but, with limited time with my day job, its hard to range too far once you have a working method”

The fact that I have not tried other methods than Pelegry I guess indicates I’m more interested in the product than the process.  As a result I find the process fascinating, but, with limited time with my day job, its hard to range too far once you have a working method.

How does your darkroom look? Is it a professional space, a makeshift bathroom, a basement?

I use a shed in my back garden as a darkroom.  Since it has no running water, some things then have to be transported into the house to a sink for washing, etc.  Salt printing is also done in the back garden shifting things around between trees and plants to maintain the sunshine.  Wow it would be great to have a full darkroom one day—but not now. Because I live on a small lot in the city.

What did you learn about life after making calotype photographs?

Calotype photography, like all photography, is a great way to see the world’s beauty in new ways. In other words I aspire to being a person who can truly “see”.