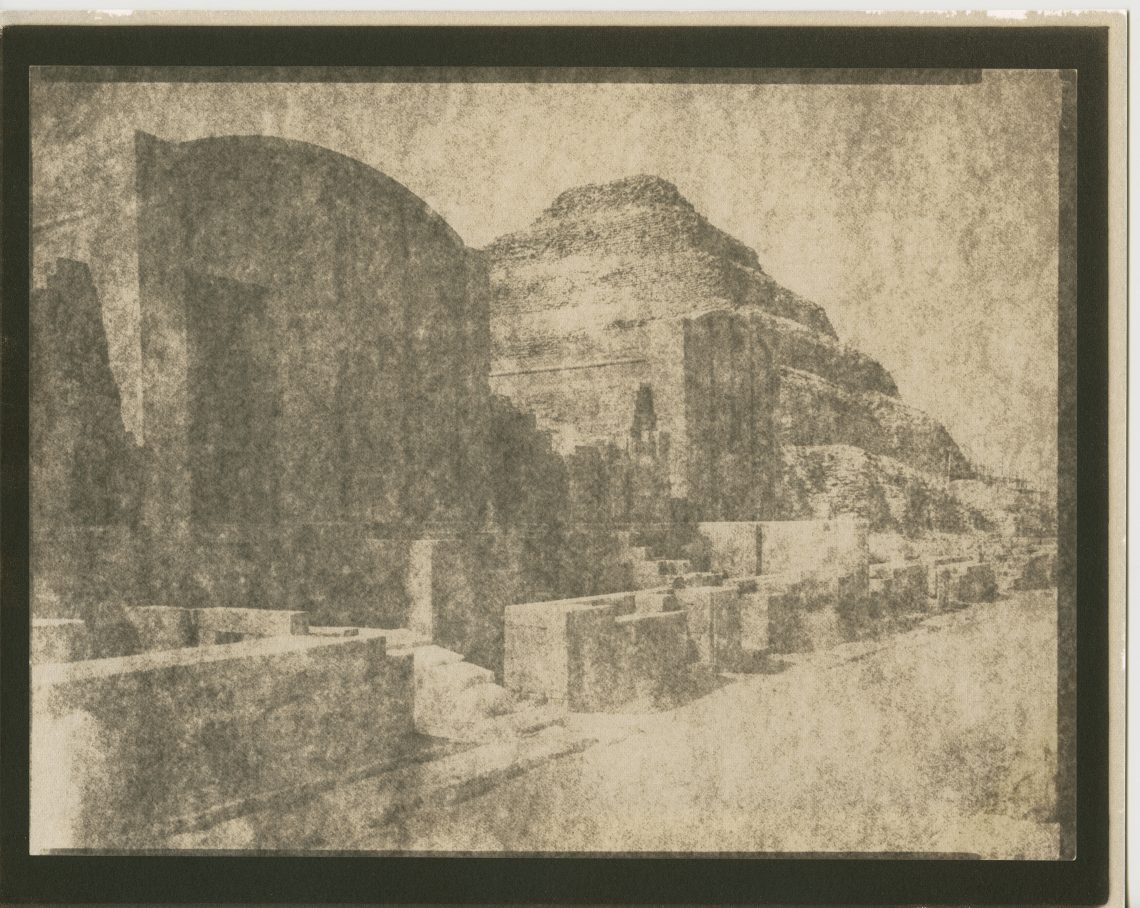 Historian of photographic technology, photographer Nicolas Le Guern is telling to The Calotype Society why for him doing calotypes is like breathing.

“I was fascinated by the first photographic processes…”

I started learning chemistry and physics at the French university in Nantes, then analogue and digital photography and the history of photography at the E.N.S. Louis Lumière near Paris. I made a dissertation about the first photographers in Egypt at the E.H.E.S.S. in Paris, it was in 2001. More recently, I have completed a PhD in 2017 at the PHRC of De Montfort University (Leicester, UK) about the nature of industrial research undertaken by Eastman Kodak in Europe during the Interwar years.

As a young guy studying photography at the E.N.S. Louis Lumière, I was fascinated by the first photographic processes and I had to make a dissertation during my third year of studentship including a practical part. I first suggested the daguerreotype process, but the school laboratory was not enough protected against hazardous substances. So my second choice was the negative paper processes, and I did not regret that choice later.

What was the first experience and what was your first photograph about?

It was a bench work in the school laboratory. I was adjusting my selection of compatible papers, and I did some contact printings with a grayscale used to calibrate densitometers… A terrible photographic subject! But it was also nice to see for the first time some tracks of metallic silver appearing in the gallic acid.

“The final calotype, I mean the paper negative, is just magnificent…”

Why did you decide to work with the technique of calotype?

This is a very subtle process involving a strong personal commitment, including historical research and the long search of the necessary substances and chemical compounds. The know-how is then really important and you can only master it from a regular practice. Beyond the technique, the final calotype, I mean the paper negative, is just magnificent with its photographic image encapsulated within the paper fibers and the beeswax. Calotypying is a reflexion about the exposure time in photography and by extension about the passing of time.

What new and important things did you discover by working with this technique?

So that ioduration can be improved, development and fixing as well. Waxing is fine now as well as beeswax for this purpose. The spectral transmission of the lens is also important to reduce the exposure time and that will be my next investigation in the following years.

What was your first camera?  What kind of camera do you have or use?

Actually, my first camera was my mother’s Canon AE-1 Program SLR with a good and simple 50mm f/1,8. For my calotypes I use a Sinar P2 8x10” large-format camera with a 210mm lens.

What recipes for making calotypes are you using?

The dry waxed paper process from Gustave Le Gray (1851). But I see that the recent trend is the Pelegry process and I look forward to test this other French process.

“I really like this photographic time “in the making”

Who were your teachers?

As a historian of photography, my first teacher was of course the photographer and inventor Gustave Le Gray. I did a dissertation about his process and I have gathered his comprehensive literature. But in the real life, my great teachers are Jean-Paul Gandolfo, professor of alternative processes and printing technology at the E.N.S. Louis Lumière, Françoise Denoyelle, former professor of the history of photography in the same school and more recently, my former PhD supervisor Dr. Kelley Wilder at De Montfort University.

“I had a privilege to photograph an Egyptian pyramid”

I am making calotypes of the tree trunks and architecture with old monuments made of clear stones. Also I had the privilege to photograph an Egyptian pyramid, but did not get the agreement to capture neither the 3 Great Pyramids nor the temple of Karnak with my large format camera. A part of my photographic work in Egypt was exhibited at the Tour 46 in Belfort, France, in 2012 and at the Musée du Temps in Besançon, France, in 2018. However, this is a work in progress. Regarding people, I would be intrigued to see the result of increasing the sensitivity of the paper negative process with flash lighting and a larger UV spectrum for nude photography. Le Gray managed to do this without artificial lighting more than 150 years ago…

“I really like this photographic time “in the making”

What do you like more – the result, or the process of preparing for the developing of photographs?

Well, you also forget to mention the selection of the point of view, the installation of the camera and the exposure moment. I really like this photographic time “in the making”. Of course, the appearance of the negative image in the developing solution is a great instant… but an easy way of answering your question. And the final observation of the developed image, and the special smell of the negative with the fragrance of beeswax. Some historical negatives held at the Bibliothèque Nationale de France still have this fragrance in their bodies after 150 years of conservation.

“My darkroom… It is cave of the alchemist, in short”

How does your darkroom look? Is it a professional space, a makeshift bathroom, a basement?

My darkroom is not so dark. But it is a pure amateur place. Actually, it is full of old small bottles, blocks of beeswax, old glassware. It is located in my cellar with some little spiders and  a few bottles of French wine. The cave of the alchemist, in short.

What did you learn about life after making calotype photographs?

Doing calotypes is like breathing. Because you desire using this delicate process, you tackle head on all the long and necessary sensitization stages, you expose the negative “film” in the camera, you develop it and you enjoy your photograph. And you think about the next calotype image.