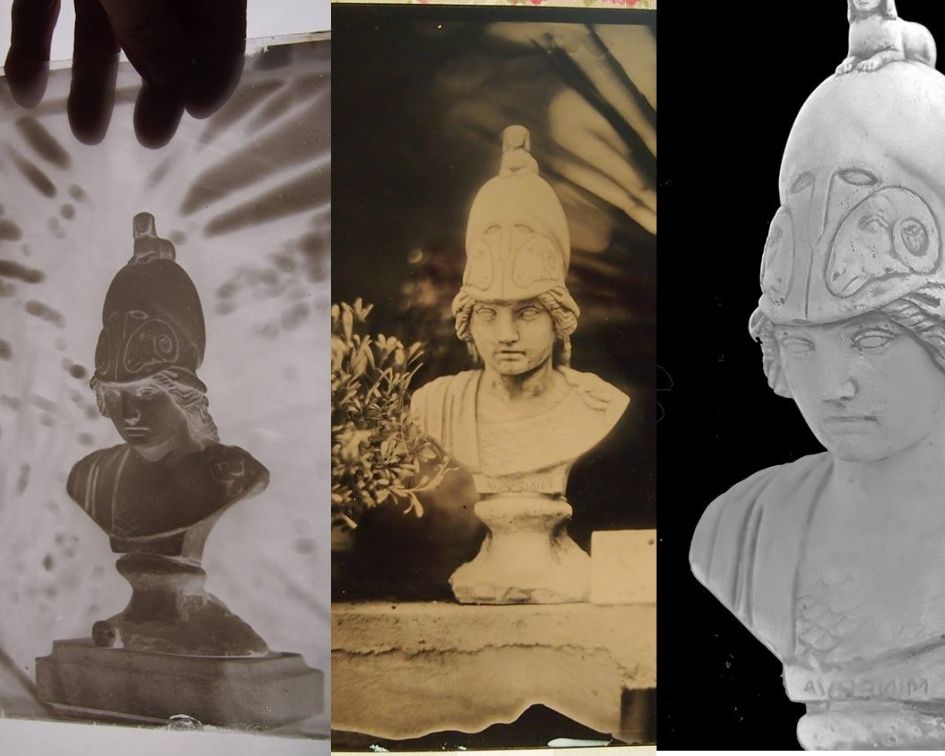 Photographer Tony Tidswell is telling The Calotype Society XXI why he started making calotypes after having experience with ambrotype, wet collodion, and other technics.

“I’ve never had a “profession”…

I am Tony Tidswell, I am from the UK, but have lived in the South of France for nearly 30 years. I have never had a “profession” – I have done many, many things from computer research and early programming structures in the 1960s to working in motion pictures as an “actor” (actually stunt acting on motorcycles) to working as third (bottom of the heap) director and insignificant television films and some big stuff, but always moving towards still cameras and classic photography – I have created engineering companies, made money from patents and done lots of daft stuff – seeing it in writing looks fun, but I just did what seemed obvious to do at the time. I do have qualifications in photography and ” and granting questionable -masters degrees.

“I studied film making and worked in movie bussiness”

Not much education – was told to leave a Grammar school and only went into computer research as a technical assistant in 1960 so I could go part time to technical college – luckily the college was also an art school so I ended up in the sculpture and photographic departments – this led to me going into the movie business and quitting computers (the UK had junked their computer opportunities by then anyway) – much later I went back to get City and Guild qualifications and study film making, briefly,  at London School of Printing.

“I have hundreds of cameras”

When I decided to make a first picture? I was 7 years old, the thrill of seeing the way a church spire became “real” when the camera was pointed upwards – it was the parish church of Harrow on the Hill, near Wembley, in the UK… My first camera is Kodak bullet which I still have and use if I make my own 127 film – I use any camera which is relevant for the purpose and which is convenient – I have hundreds of cameras and stuff, from 35mm film to 30×40 cm for glass or paper negatives.

“My decision to make calotypes was the desire for large negatives”

Living Near Sete, the work of Gustave Le Gray which he did there in 1857, inspired me to look at his techniques. I was still looking for ways to make large negatives, I was making Wet Plate collodion plates for this and the attraction of paper for convenience and interpretation seemed interesting. I played with this (i.e. making calotypes. – Ed.), a little, in 1978, but only as a part of overall experimentation in making large negatives for platinum printing. My decision recently to make calotypes was again the desire for large negatives.

I am standardising on my adaptations of Le Grays’ portrait formula (1850) and wax paper (1851/2/4) but applying some of Adamsons’ ideas and a lot of my own jiggery-pokery for convenience and speed.

“What did I earn about life after making calotype photographs? I repeatedly learn how insignificant I am” (Tony Tidswell)

I like to photograph people, water, time. I am working in my darkroom which is normally a mess but we do teach up to 6 people so the darkrooms and labs work spaces etc do get occasionally “optimised”.