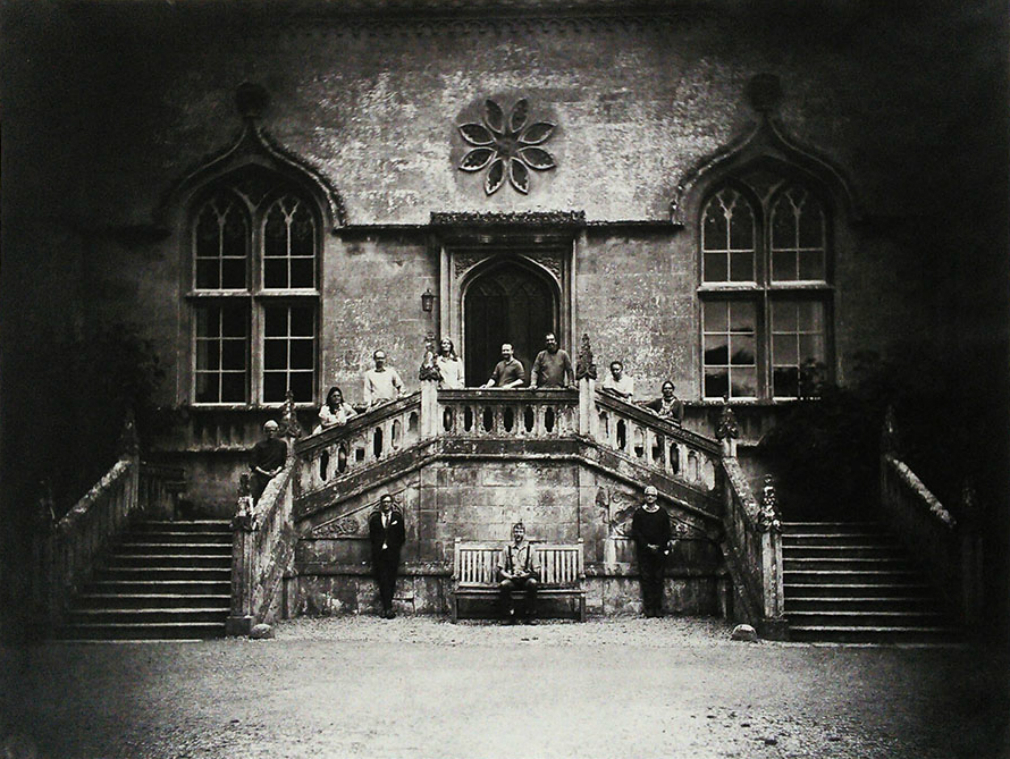 This blog is about a group of photographers of The Calotype Society who are in the XXI century working with historical photographic processes on paper centering around the calotype*. This group has evolved as the active practitioners who came together with a flickr group started by Richard Cynan Jones in 2010. The Society organises biennial meetings which we try to base in locations that are in some way connected to early photography.

This blog is a try to collect under one “roof” all these courageous artists from the whole world.

What does the calotype mean?

*Calotype or ‘Talbotype’, is a refinement of the process of photogenic drawing, offering a much more sensitive medium through its use of the latent image phenomenon. It was invented by Fox Talbot in September 1840 and patented on the 8th of February 1841. While it was never remotely competitive in the commercial sphere (although Talbot and Nicolaas Henneman (1813-1898) used it as the basis of their photographic business at Reading), it was offered as the chief alternative to the Daguerreotype and was more attractive to amateurs, artists, and scientists, who adopted it widely. In France too it was taken up with enthusiasm: the pioneer photographer Hippolyte Bayard (1801-1887) preferred it to his own inventions and Louis-Désiré Blanquart-Evrard (1802-1872) adopted it in 1844, beginning experiments with the calotype process that would lead to the development of albumen paper prints by 1850.

The Calotype is a negative image, although its positive counterpart, the salted paper print, is the more common form in which it is encountered.

How to make a calotype

Calotypes are made by brushing the best quality drawing or writing paper with a solution of silver nitrate. Then drying the paper, and then immersing it in a solution of potassium iodide to form a light-sensitive layer of silver iodide. Immediately before use the surface it treated with ‘gallo-nitrate of silver’ to act as an accelerator. Exposure in a camera. The paper must be held in a dark slide. It produces a latent image which is developed by washing in gallo-nitrate of silver. Then it fixed in hypo and thoroughly washed. The translucency of Calotypes can be improved by waxing. A positive can be made by repeating the original process. Or by ‘printing out’ the image in much the same way as making a Photogenic Drawing. When toned, in, for instance, gold chloride solution, a positive produced in this way is known as a ‘salted paper print’.

With the exception perhaps of the waxed paper process, which was invented in 1851 by Gustave Le Gray (1820-1882) and extended the life of paper negatives in the 1870s, the first generation processes – the Daguerreotype, Photogenic Drawing and Calotype – were all extinct by the end of the 1850s, having given way to their own offspring: the wet collodion glass negative and the albumen print.

Anastasia Uskova, member of The Calotype Society and creator of this blog