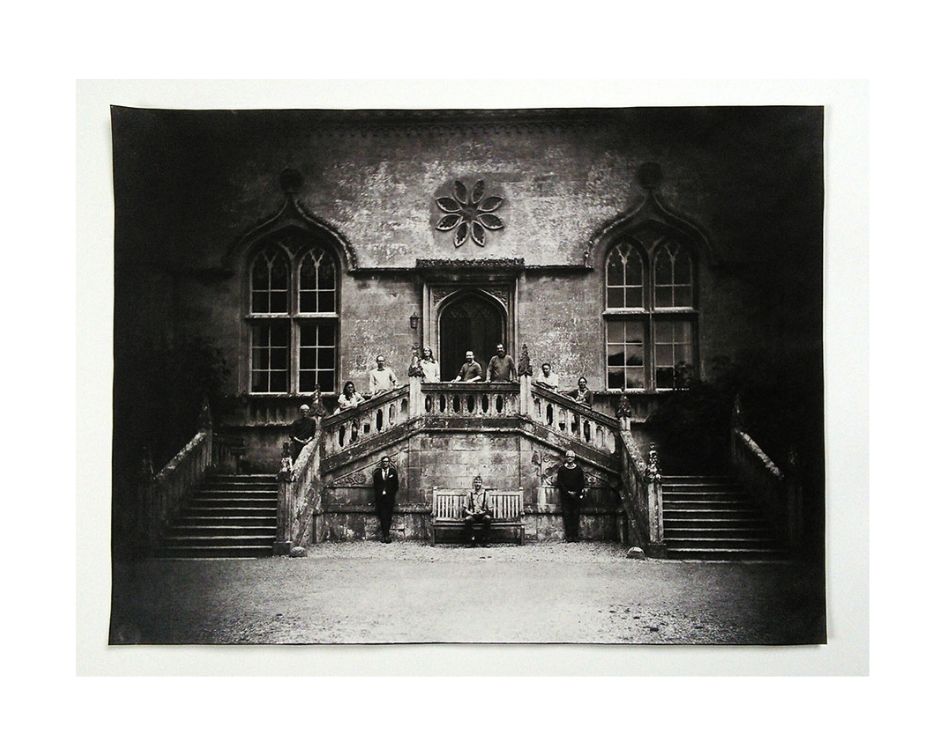 The Curator of the Fox Talbot Museum Roger Watson is explaining why calotype technique today is in fashion.

“The world seems to have recently discovered that some artists
are reverting back to 19th century techniques such as calotype to make photographs.
They seem astounded that anybody would decline the apparent simplicity, ease and ‘perfection’ of digital photography for processes that are messy, smelly and prone to failure. Why go backwards in history when photography today is so much faster, cheaper, neater, easier and more fully captures an instantaneous full colour and realistic copy of nature?

You might just as well ask portrait and landscape painters of today why they didn’t give up their canvas and brushes when photography was invented. The painter Paul Delaroche supposedly said, upon seeing his first photograph, ‘from today painting is dead’. But painting didn’t die and almost two centuries later is still a viable art. The same applies to photographic processes. They fall in and out of fashion but they never really disappear. Most artists who use photography are not trying to create a mere miniature copy of nature. They wish to capture some of the magic that they see in light and shadows, and interpret the world around them in a way that is both representative of the scene before them and representative of the artists own thoughts and feelings.

All photography is in effect traveling in time. But artists are creating not a simulation of the past but an interpretation of it. Sort of a memory frozen in time.

“Calotype artists rather than study the past, fully immerse themselves in it”

There has been a rise in what are termed ‘experimental anthropologists’ who, rather than study the past, fully immerse themselves in it.

“They want to know how the past felt, how it smelt, just how it sounded and how it looked. Photographers who take this great leap backwards are doing the same and from them historians have learned a great deal”.

There are a number of reasons that artists choose their tools and materials but the motives for working with antiquated photographic processes usually comes down to two factors – the artist’s appreciation for the way that these images look and a desire to have complete control over the source of materials that they are using.

“The more ‘perfected’ photography became, the less soul it had in it”

Photography in the beginning was a fully hands-on and artist-controlled process. Artists mixed their chemistry and coated their paper; some even made their own cameras. Their goal was to get nature to recreate itself through the use of chemistry and optics but the results went far beyond that. What at first was conceived of as a machine that would create simulacra of the world for us was, in reality, a medium of true artistic expression. From the first revolution of the 1890s, when art photographers joined together as the Linked Ring Brotherhood to bring art back into what they saw as a move towards a mere mechanical media that technology brought, there have been rebels who wanted and needed to follow a different path from the mass of photographers. The more ‘perfected’ photography became, the less soul it had in it.

“Photographers will continue to hand craft their images”

Most of the so-called ‘improvements’ in photography have been to make photography easier, cheaper or improving its ability to replicate the world as consistently as possible. An improvement in the artistic effect of the image or the ability for the artist to control their medium wasn’t part of these improvements. Just as painters will continue to paint, photographers will continue to hand craft their images to suit their own impressions of the world around them”.